Comfort food, take out instead of eat out and trying to think of solutions

Hubby and I have spent several days talking on and off about how much we both like chicken pot pies and then bemoaning how unhealthy the frozen ones are and how he needs a non-dairy version. Today we decided to go to Whole Foods to see if we could meet our craving in a somewhat more healthy, non-dairy ready made frozen version - and we did! We bought 2 Blake's Chicken Pot Pies as the sodium and saturated fat levels were ok although higher than we normally eat. They solved our craving - pretty tasty. 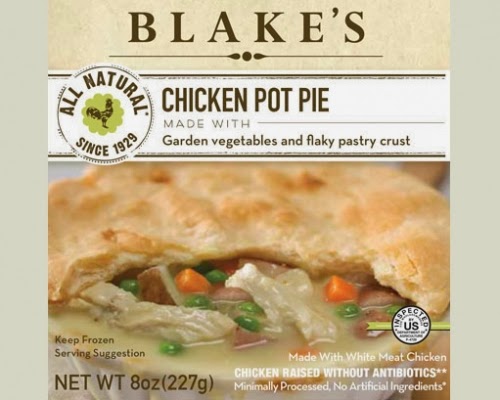 While we were at the store I suggested we get some salmon for dinner. We ended up buying 2 pieces of cooked blackened salmon from the deli so it will almost feel like going out LOL. Just salad and veggies to cook.

We have also been trying to come up with a lower cost solution to the problem of removing 2 large trees down in our woods. I have emailed the arborist to see if they could leave tall "snags" that wouldn't hurt any property if they fell and how much that might reduce the cost. The lowest cost proposal so far involves a crane and will remove all of the wood but will also require some landscape repair/replacement work to be done. At least the need to remove the trees isn't urgent and we can explore alternatives.

Luckily we didn't have the problem a neighbor had yesterday. Squirrels chewed through the insulation on the power lines going into her house causing a power surge that destroyed some appliances, a tv and more as well as melting a surge protector and burning a hole in the rug where it sat. She came home in time to avoid a larger house fire. Yikes.

A lovely short walk after lunch and now a peaceful and sleeping dog beside me.