Persisting in appealing our property taxes 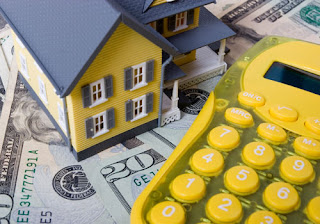 We have had three property appraisals for tax purposes so far this year.  The first one seemed low but maybe values have dropped that much and we really didn't know it since there had been to change in the tax value of our home for 5 years.  A new state law required all homes to be reappraised annually.  The whole neighborhoods values went down and the millage rate went up 29% so we owed about what we had last year.

Then we received the second appraisal which listed a value that I only see in my dreams!  I'd sell the house tomorrow if it was worth that much.  We worked with neighbors to go through public records to compile the data to make an appeal and sent it in.  Turns out that only some of us were lucky enough to have our home values raised and since it was higher than last year's appraisal it was also illegal under the new law.  A neighbor went to court and the judge agreed.

So we get the third appraisal which simply put back the 2010 value so they were no longer breaking the law.  Not really an appraisal of value.  Our bill is now 29% higher than last year due to the millage increase.  We filed another appeal.  And waited and waited for the new bill that should be 85% of the original one pending completion of the appeal.  A neighbor finally followed up and found out that the tax office didn't believe they had to send us the reduced bills.  Now they know they do and it is on its way with a much smaller 2nd payment due next month.

We also learned during this process that you can file a statement of what you think your home is worth at the beginning of each year and they have to consider that when doing next year's appraisal.  You can bet that is one form we are sending in early in 2012.

The downside of all of this.  It has taken a lot of time, mine and neighbors, to go through the public records to gather data for 2 appeals each.  We now have one very angry neighbor who got caught up in the reappraisals triggered by the court ruling and blames us/me for their increased appraisal although I had nothing to do with that.  We may have to go to court if they don't come up with a reasonable appraisal or simply deny the appeal.  We would have to pay someone to represent us.  Lastly, if the appeal is denied or the final value sets a bill higher than what we paid then we have to pay interest on the difference.

Or they may just have to pay some back to us.

Email ThisBlogThis!Share to TwitterShare to FacebookShare to Pinterest
Labels: money