So you know how you should read the recipe all the way through before you start but don't and end up running to Target first thing in the morning to buy an electric hand mixer that ends up not being the best ever?

It started out being that kind of week but I plowed forward with this as my motto. 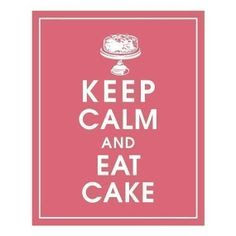 1. The mixer was purchased because after Hubby said we would bring a small chocolate cake to his aunt's house Sunday evening as our contribution for dinner I mentioned that we hadn't yet found a decent bakery in town. I decided to make one using a recipe from The Smitten Kitchen Every Day cookbook, bought the ingredients and a square plate to put it on and only then read the instructions. Both the cake and frosting called for a mixer if possible (although of course cakes were made for centuries without electric appliances LOL) so I decided to replace the one that died right before our move. It worked but not loving the beaters for this purpose so need to see if there are others that can be purchased.

In the process of making the cake I learned
- that Trader Joe's carries small cartons of shelf stable cream,
- you can freeze leftover whole cream (I had to acquire an ice cube tray first - did that on Monday thanks to CVS),
- you can use a vegetable peeler to shave semisweet chocolate to put on top to make it fancy, and
- I need to buy a metal square cake pan if I am going to continue to do this as it took too long to bake in my glass one!

But here it is in all it's chocolate, butter and cream glory. 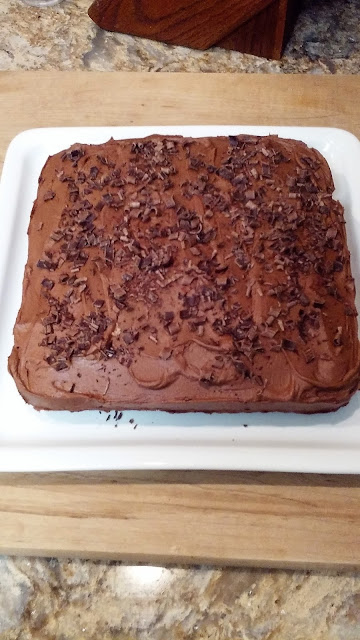 In the end only 3 small pieces were eaten, half the remainder was left with aunt and uncle and we brought the rest home! Should of just bought 4 cupcakes somewhere LOL.

We all had a lovely and loving time though which is what matters.

2. Saturday I went to yoga despite having been up in the middle of the night for 2 hours with problems sleeping. I did meet a woman there who lives in my community and is one of the people who can certify you to use the gym and encouraged me to call her to do so! BTW, yoga did help but the afternoon nap on the couch helped more.

3. I went to the dermatologist because of one concern and it was also way past time for a full skin check. Turns out she agreed with my concern and we are starting with freezing the spot on the side of my nose and will see if it heals back to normal skin. If not, then it is biopsy time. The challenge is that I had a growth that was growing into my nose removed surgically about 25 or 30 years ago. The main thing I remember is that it was precancerous and I had black stitches on my nose for a couple of weeks. This dr. says it was probably a basal cell growth. No other areas of concern although she did measure some moles for the record. Over the years I've had lots of things sliced, cut or frozen off my skin probably thanks to early life sunbathing with sun tan lotion and fair skin.

4. I found a dime in a parking lot and yes I did pick it up.

5. In my never ending quest for finding new favorite places to eat and go nearby, I learned that there is a trendy food court and craft venue in a refurbished warehouse not too far away. Field trip!
Posted by Juhli at 5:00 AM

Email ThisBlogThis!Share to TwitterShare to FacebookShare to Pinterest
Labels: 5 for Friday