Yesterday was Veteran's Day and I thought about my Dad a lot. His 3 years of service in the Army Air Corp during WWII left him assigned to an air base in Alaska where he was so bored that he asked to be transferred to a bomber crew in the European theater. His tour of duty on that bomber based in England targeted Germany mostly but also some targets in other countries. He was the flight engineer, but his pilot thought every crew member should be able to fly the plane so he taught him how to fly. Later in life he found great joy in flying a sailplane (glider) as a hobby.

Dad's diary of that time was matter of fact, but included things like "plane down on left; no chutes". He didn't expect to live through his tour of duty and that was a realistic appraisal of the odds. His whole crew made it through even though their tour was extended for more missions. The only crew fatality was a man who was subbing on a different crew and plane the day he died. Dad had close calls - a piece of shrapnel hitting him in the head on one of the days he actually wore his helmet and having to lean out of the plane in mid-air to close the bomber bay doors by hand. 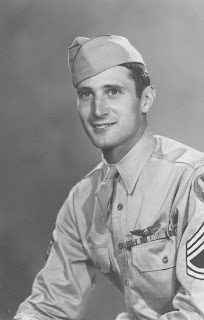 Afterwards he was sent to a rest camp in the N. Carolina mountains so I presume he was diagnosed with shell shock. Who wouldn't have been suffering from that. He then was assigned to a trainer role in Illinois where he met my Mom at a USO dance and they married shortly in Texas where he was later based before he was discharged after Armistice Day. 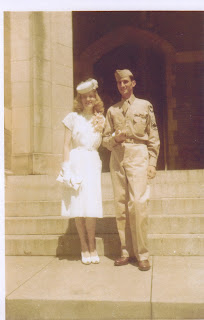 He was a quiet and gentle man who did what needed to be done without complaining. He wasn't a paragon of course. Rather introverted and a perfectionist which was both a strength and a characteristic that was a challenge for my brother especially as I got the emphasis of my Mom's perfectionism more. My parents sort of divided up their 2 children - Mom spent more time with me and Dad more with my brother - when he wasn't working 6 days a week. One thing I was always confident about was that my Dad would take care of us. I have lots of good memories of special times with him and knew I could totally count on his love and support. 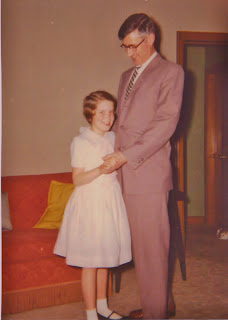 He had lots of artistic talent that he was pursuing pre-war and then was unable to pursue until he retired and took up pastels and excelled at portraits. From photos he did portraits of his grandparents and my Mom's parents. 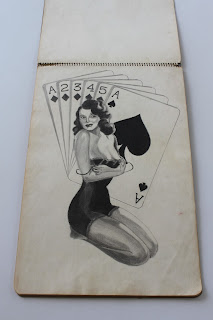 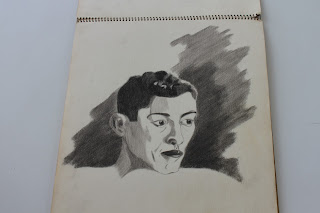 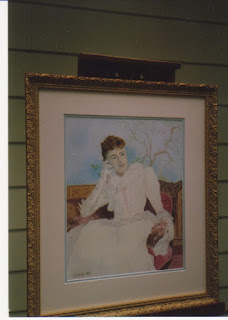 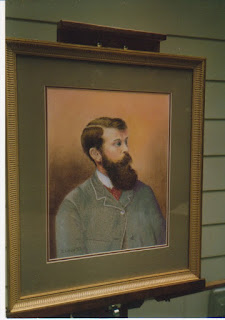 Post-retirement pastels of his maternal grandparents
﻿
He lived to 88 despite lots of cardiovascular challenges which he tackled head on with multiple surgeries (quadruple bypass, carotid artery, abdominal aneurysm, pacemaker, etc.) and medication. When he learned that no more medical intervention could keep him alive he faced dying with his usual courage and went into hospice care where he only accepted morphine but no liquids or food.

I did not really appreciate and understand him until I was in my 50s. What I have taken from him as a role model is profound for me. Live in the present. Face challenges with determination and a problem solving approach. Be happy that you are alive and woke up this morning. Love your family with all of your heart. Be kind.
Posted by Juhli at 7:04 AM