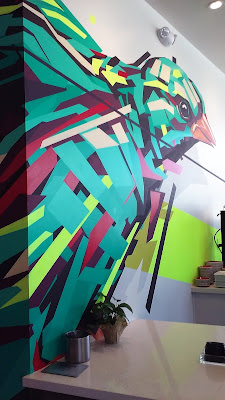 1. Indeed we did go to a restaurant called Pho N Mor over in Oxnard as part of our expanding our horizons effort. Turns out there is the same restaurant in Camarillo LOL. However we went to a "food court" that was lots of fun and in a converted warehouse so there were other restaurants too and the place was decorated with lots of interesting things to look at including the mural above. 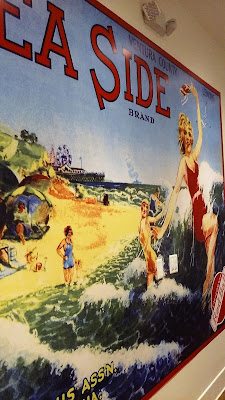 We had Banh Mi sandwiches that were excellent! 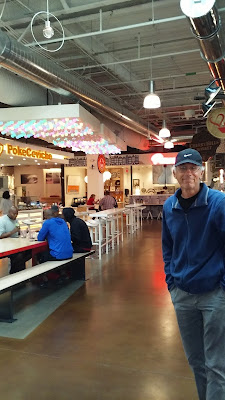 2. The first Saturday of each month Studio Channel Islands has artist studio open house. We had a really good time talking to various artists, seeing their work and petting lots of dogs. I had been considering taking a glass art class and after talking to the artist I am going to do it!

3. I think the list of books for the next 6 months of the library book club turned out good. Have you read any of them?

Before We Were Yours by Lisa Wingate
Etched in Sand by Regina Calcaterra
Killers of the Flower Moon by David Grann
Endurance: Shackleton’s Incredible Voyage by Alfred Lansing
The Tea Girl of Hummingbird Lane by Lisa See
Four Seasons in Rome by Anthony Doerr

4. Lots of cooking. I looked for recipes to use up the buttermilk and cream I bought for making the chocolate cake last week. I ended up making banana bread and spinach quiche (which also used up a frozen pie shell left from Thanksgiving pumpkin pie making). I also made homemade enchilada sauce (for black bean and avocado enchiladas) which surprised me by having cocoa in it. All were yummy! 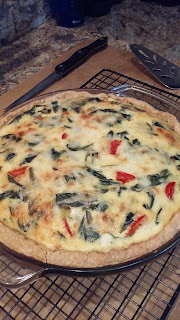 5. I went to my second Women's Club lunch meeting and am really glad I joined. Such a nice group of friendly people!

Email ThisBlogThis!Share to TwitterShare to FacebookShare to Pinterest
Labels: 5 for Friday